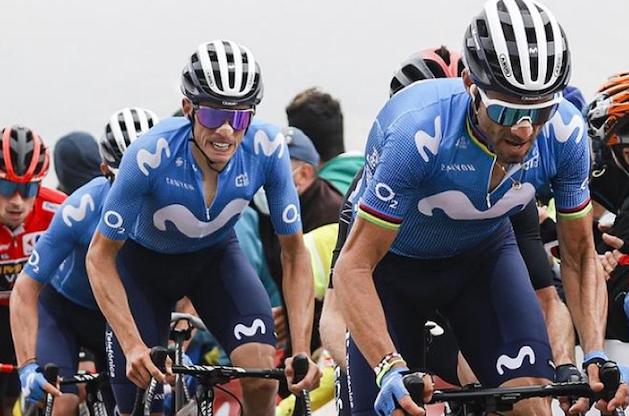 Enric Mas was the only GC rider able to break away from the favorites group on Picón Blanco. With a strong sprint in the last kilometer, the Movistar rider broke away for three seconds and as a result he is now 5th in the general classification of the Vuelta a Espana, 45 seconds behind new leader Rein Taaramäe.

“That gives me confidence,” Mas said after stage 3. “With this climb, we know that our team can perform very well on finishes like this. And all our men are now well in the standings. That creates trust. And I could grab a few seconds. There are few, but good seconds,”

“I think a good job has been done by the team. As the lead of the leading group grew, our intention was to get into the front of the pack. We didn’t go specifically for the stage win anymore, because we started the Picón Blanco with more than three minutes behind. It would have been different if that had been a minute. Then of course we would have tried”, said the Spaniard.

Miguel Angel Lopez sprinted behind Mas to take sixth place in the stage.

“The plan was not to lose any time and we did. Alejandro Valverde showed he’s very good in the last kilometers. That gives a good and positive feeling”, said the Colombian.