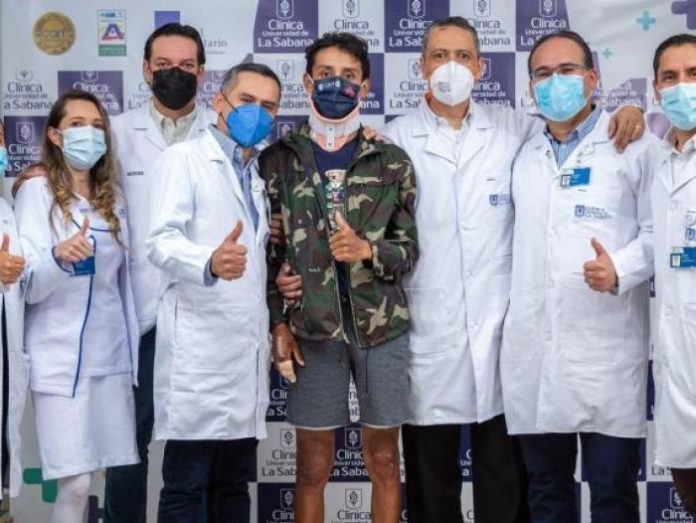 Egan Bernal has been released after two weeks from hospital where he was admitted at the end of January after a serious training crash.

The Colombian will continue to recover from his many injuries in a rehabilitation centre.

“Egan Bernal spent two weeks in our facility and managed to overcome a high-energy trauma (injury that occurs when a human body absorbs a lot of force in an accident, Personal Injury Specialist),” the hospital said in a statement.

“Right now the patient is in the third stage of trauma. He is ready to begin his rehabilitation process. He has no complications and all his injuries are stable and recovering.”

Bernal will continue to recover in a rehabilitation centre affiliated with the Clínica Universidad de La Sabana.

“With pride and hope, we are embarking on a new stage together with our athlete,” was the final sentence of the statement.

Bernal was admitted to the ICU with a broken spine, a broken right femur and a broken right kneecap. The 25-year-old INEOS Grenadiers rider also suffered multiple broken ribs, a perforated lung and chest trauma. He had to go under the knife several times and previously said he almost suffered a spinal cord injury.