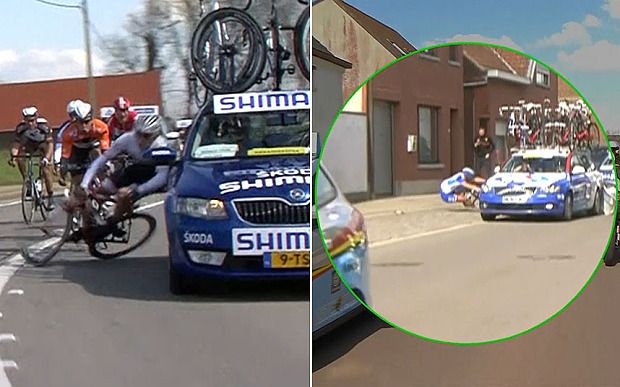 The driver who hit Jesse Sergent at the 2015 Tour of Flanders has been handed a €150 fine by Belgian magistrates.

Sergent was in the main break when he was hit by the Shimano neutral service car which was trying to overtake the group. The collision took place with 107 kilometres left to race.

According to Het Nieuwsblad, the driver was one Mario S, whose full-time job is as a chief inspector of police, and who appeared in a magistrates’ court in Oudenaarde yesterday. He was handed a 150 euro fine for the offence and told Het Laatste Nieuws “that day will stay with me for the rest of my life.”

Sergent was badly injured in the crash and was off the bike for several months. He required three operations to return to cycling. He signed for AG2R at the start of the year but announced his retirement from the sport during the summer.