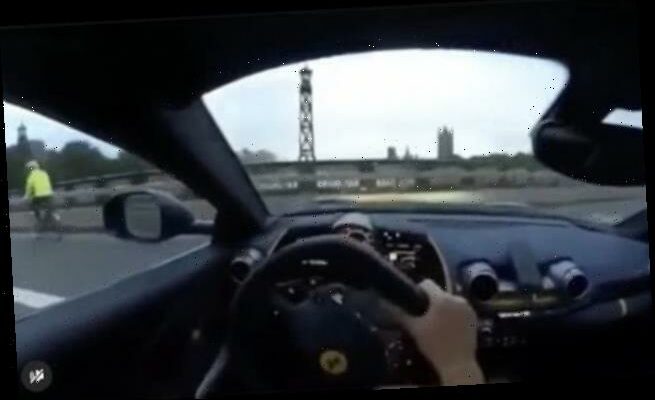 This shocking footage shows the moment a driver crashes a Ferrari into the side of a bridge while speeding in London.

The driver can be seen in the video picking up speed then losing control on Lambeth Bridge, narrowly missing a cyclist as it crashes into a wall.

The Metropolitan Police confirmed they are investigating the incident.