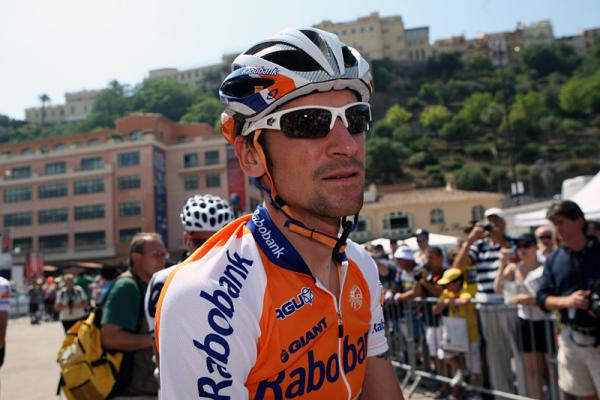 Denis Menchov, the winner of the 2007 Vuelta a Espana and 2009 Giro d’Italia, who retired from cycling in 2013 due to a knee injury, has agreed a new role with Gazprom-RusVelo.

“There is a significant change of generations in Russian cycling and we are not only facing it, we are in charge of this process”, team manager Renat Khamidulin said.

“Over the last two years the average age of our riders has been decreasing and next season Gazprom — RusVelo will be one of the youngest in the peloton. There is no doubt that the work on the development of young riders is a highly demanding process. That is why, we have specialists whom we can rely on: Denis Menchov, Evgeny Petrov and Andrey Solomennikov are joining our board of Sport Directors, as well as Michele Devoti is back with the team.

Menchov has been given a two-year ban from professional cycling after he retired, and had his results removed from the 2009, 2010 and 2012 Tours de France, as the UCI said that abnormalities in his biological passport could be clearly identified during these events.

“In the recent years we have often talked with Renat (Khamidulin) about the possibility of joining the team,” Menchov said. “I should admit, it took me a while to make this decision, but of course I am very glad to become a part of the only Russian professional team. I hope my experience will be useful and I will be able to share it with the young riders.”