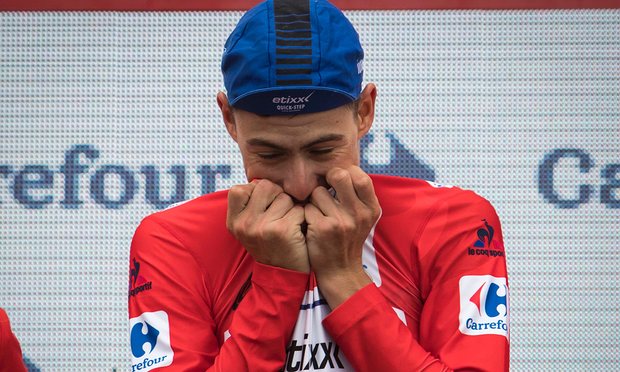 “I hope this Vuelta will be a starting point for my confidence,” he told Ciclismo Internacional.

After an atypical career, the former supermarket cashier also commented on the new Spanish generations that will soon have to take over from riders like Alberto Contador, Joaquim Rodriguez and Alejandro Valverde, some of the greatest protaginists in recent years.

“I have always thought that, although there are fewer teams than before, we still have good riders. There are not as many opportunities as before but Spanish cycling is healthy. Landa, Izagirre, Rubén Fernández, Lobato, Rosón, Barbero… Some say that there is no one but I see great riders.” The problem is that they have to replace riders that are almost unique as “no other country has the likes of Contador or Valverde,” he added.

As for his future in Etixx – QuickStep, De la Cruz does not know his schedule. However, he expects not to begin as early as January with the Tour Down Under where he admits that he has not been “very successful.” His goal is “always to improve” and try to “fight for a place in the top five” at the next Vuelta.