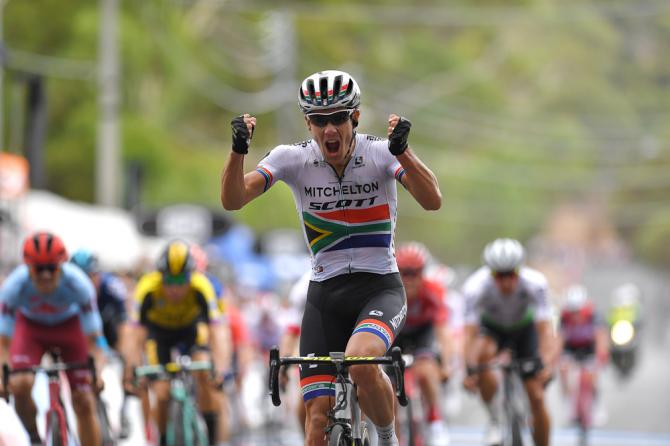 Daryl Impey (Mitchelton-Scott) surged into contention to defend his Tour Down Under title with a thrilling win ahead of race leader Patrick Bevin (CCC) in Adelaide on Friday.

Impey gave his hopes of becoming the first rider to go back-to-back in the race’s 21-year history a massive boost with his stage victory.

Astana’s Leon Luis Sanchez went early but was caught by Impey and Bevin in the last 20 metres to finish third on the 129.2-kilometre stage through the Adelaide Hills from Unley to Campbelltown.

“I’m so stoked to have done something like this, it’s so special,” Impey said.

“I knew if I lined up Paddy Bevin, I’d have a good shot at winning, so I’m super-happy to win today.”

Tour Down Under 2019 – general classification after stage 4: