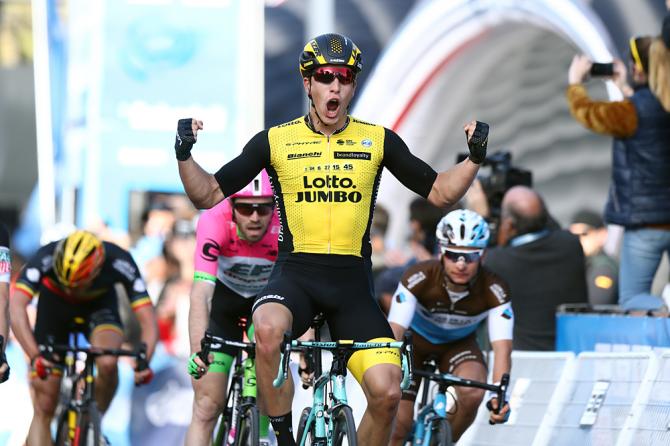 Danny van Poppel has won the first stage of the 2018 Volta a la Comunitat Valenciana. Luka Mezgec (Mitchelton-Scott) was second, and Jurgen Roelandts (BMC Racing) was third in Peñiscola.

After what had been a relatively straightforward 191.4-kilometre test the action came to a head in Peniscola, with Ganni Moscon (Team Sky) launching a surprise attack with two kilometres to go.

A crash behind caused momentary confusion in the peloton and it was only the lead-out train of LottoNL-Jumbo that eventually hauled back the Italian inside the final kilometre.

Even though he launched his sprint early, Danny van Poppel (LottoNL-Jumbo) claimed the opening stage victory and moved into an early race lead.