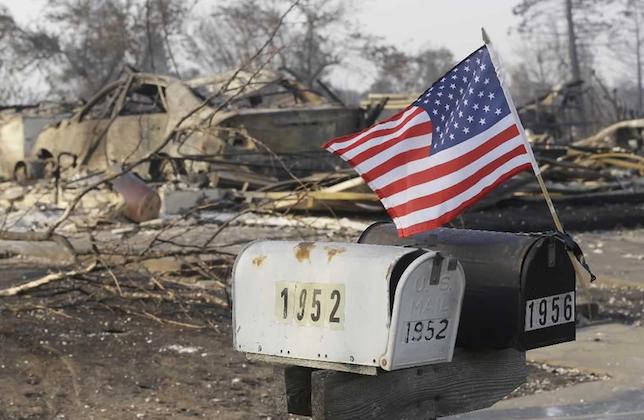 A 24-year-old woman escaped the California wildfires by bicycle, all while hauling her 70-pound pit bull on her back.

Natasha Wallace was driving home when she realized her Coffey Park neighborhood was on fire. She instantly thought of her 4-year-old dog, Bentley. Wallace shoved him in the car and took off down the road.

Within minutes she was stuck among the frantically fleeing cars with fire close behind.

“It was coming faster than I could leave in traffic, so I went back and got my bike,” she said.

“You don’t even see a resemblance of what it used to be,” said Natasha Wallace. “I would never part ways with my dog. ever. That’s my ride or die. Oh my God, literally.”