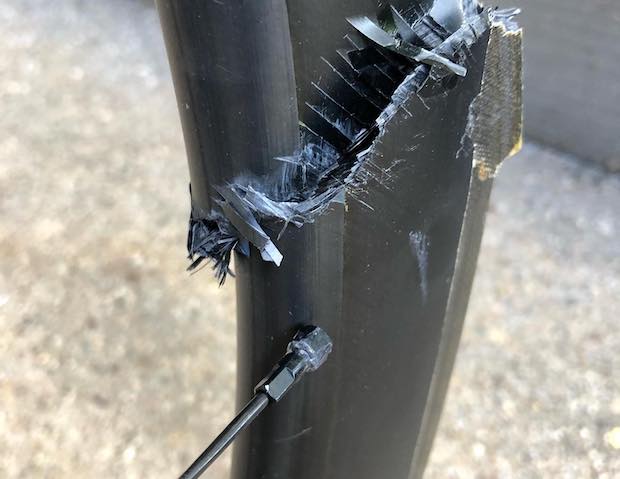 Cycling coach Neal Henderson was riding on a straight road when he crashed very hard and with no warning while training.

Henderson’s carbon rim cracked right through, crashing him hard down onto the tarmac.

“Without any warning, while riding straight – no braking or turning – the rear wheel of my bike failed catastrophically and I was thrown forward to the ground at over 30 miles per hour,” he said.

“I was knocked unconscious in the crash and my memory restarts mostly as I was getting checked into the ER,” Henderson added.

Thanks for all the notes. I was riding down Lee Hill Road on the lower straight flat part before Broadway and rear wheel catastrophically failed and I went down hard at about 53km/hr. Not feeling awesome but no major/lasting injuries. shutting off phone now till tomorrow. pic.twitter.com/RY9wf75EcM

“Fortunately the head CT didn’t show any skull fractures or brain bleed, though I definitely suffered a concussion, laceration and a few stitches above my right eye.

“I have lots of road rash and contusions on my knees, butt, back, and elbows,” he said.

Henderson’s helmet had broken after hitting the road and he suspects he would have died but for the protection offered by his helmet. 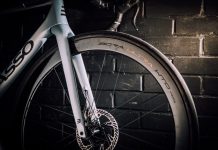