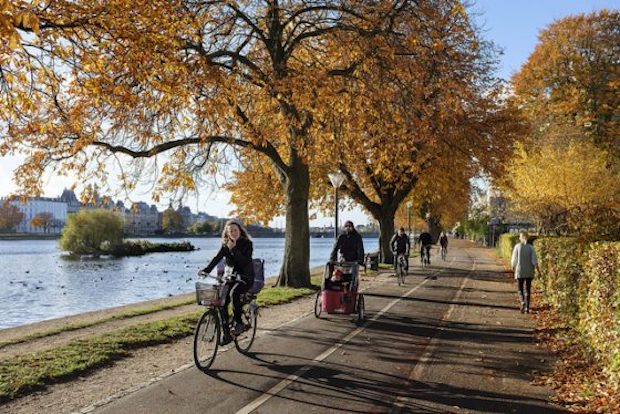 A new report has highlighted how increasing cycling levels could prevent 34,000 life-threatening illnesses in seven major UK cities by 2040.

A doubling of cycling in the cities every year was “ambitious” but “achievable”, says Sustrans. It says that cycling numbers in Bristol nearly doubled between 2001 and 2011, and cites a ten-fold increase in cycling journeys in the Spanish city of Seville from 5,000 to 72,000 between 2006 and 2012.

If cycling numbers doubled every eight years in the Bike Life cities cycling trips on average would increase from 0.4 to 3.3 trips per person each week by 2040, modelling suggests.

By doubling cycling trips, 628 early deaths could be prevented, according to research from transport charity Sustrans. Diabetes, breast cancer and depression are among the 34,000 incidences of life-threatening injuries that would be prevented by increasing cycling in the UK.

The research, taken from the Sustrans Bike Life study, found that the rise in trips by bike could also save the NHS £319million.

Xavier Brice, Chief Executive at Sustrans says: “Our report provides 34,000 reasons why governments across the UK should prioritise investment in cycling. Every part of the country is facing a physical inactivity and obesity crisis, which is why decision-makers need to get on the front foot and tackle these problems head on.

“Prevention is better than cure is an often repeated mantra of health ministers across the UK, but tackling the deepening health crisis shouldn’t be left to the NHS alone. That’s why the forthcoming Comprehensive Spending Review should prioritise prevention and provide greater public funding for cycling to deliver our five ‘must haves’.”