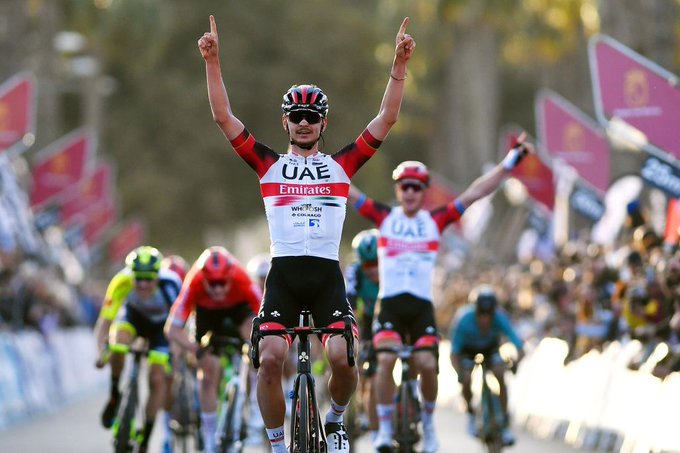 A dominant performance of UAE Team Emirates saw them take the top two spots at the Vuelta a Murcia with Alessandro Covi claiming a first professional victory.

Brandon McNulty was the first to attack and rode solo until the final 5km. The American was caught by a chase group with Matis Louvel and Warren Barguil of Arkea-Samsic doing their best to reel him into a 20-strong group.

Covi was the next rider from UAE to attack and seized on the opportunity to take his first professional triumph.

“It’s my first victory as a pro and I’m very very happy,” Covi said afterwards. “It was a very hard 5km but when you see the victory you go faster.

“I went full gas for the victory and I won, Matteo second, McNulty [did a] good race, all the teammates good race, so I’m very happy for the team. We had a plan. Trentin stay calm for the sprint, and for me to attack if we catch back Brandon.”