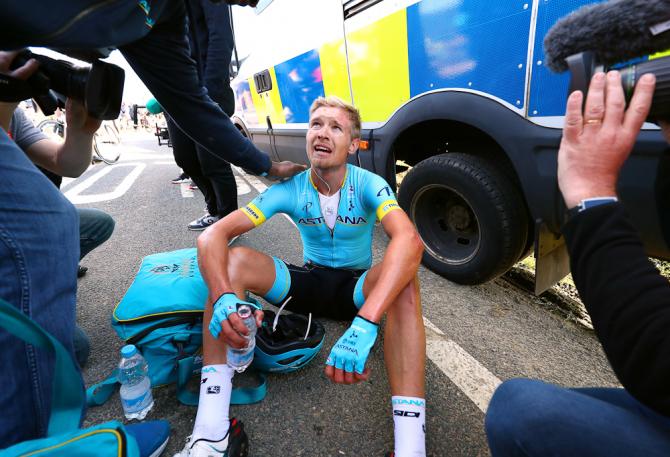 The Dane came over the top of Greg van Avermaet (BMC) in the final meters, and now leads the Olympic champion by 4 seconds in the overall standings.

“It’s really a tough stage today and actually I thought the finish would be too hard for me,” Cort Nielsen said after the stage. “The team had big belief in me and I really have to thank them for supporting me.”

“I thought [Van Avermaet] was the man to beat. I knew I would be quick so I was just hoping for no big attacks and then I could open up in the final 150 metres,” he added. “We will try everything [for overall victory] – I believe if I can win here it’s possible but there’s still a long way to go.”