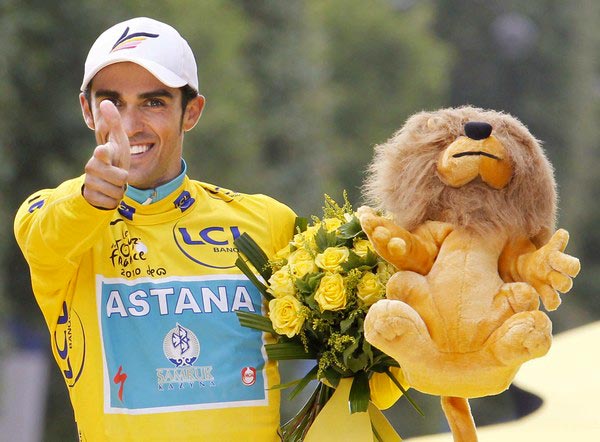 The 33-year-old, winner of the sport’s most prestigious race in 2007 and 2009, will ride for Trek-Segafredo from next year after spending five seasons with Tinkoff.

“The Tour is the big aim and I’m going to work very hard to win,” Contador, one of six riders to have won all three Grand Tours, told Marca newspaper.

“Having a great team is key, otherwise it’s impossible. If you don’t have a strong enough team, you cannot get victories. There are other teams that are stronger and have bigger budgets than ours, but we are going to work hard to be a powerful team and to be able to compete against the best. We need to create a strong group on and off the road.”

At Trek-Segafredo, Contador will reunite with Alain Gallopin, who was his sporting director at Astana when he won his second Tour.

He will also team up with Dutchman Bauke Mollema, who was lying second overall in this year’s Tour before a crash on the 18th of 21 stages sent him down the rankings. Mollema, however, is a strong grand tour rider, having three top-10 finishes to his name on the Tour.

Contador knows it will be difficult to break Team Sky’s hegemony. The British team have won four of the last five editions of the Tour, with Chris Froome prevailing in three of those. Vincenzo Nibali of Astana won the event in 2014.

“Sky have a budget of over 35 million euros,” Contador said. “It’s difficult to compete under those conditions.

“They could put together two or three teams of a great level for the Tour. But we are doing a great job in ensuring we arrive to the Tour at our best level.”