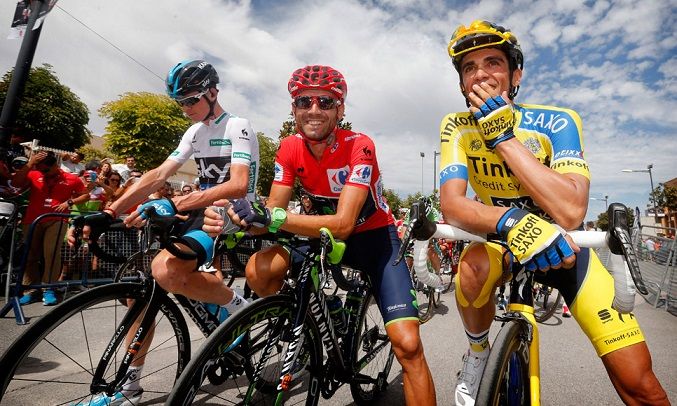 Chris Froome will make his European debut next Monday at the Volta a Catalunya as the three-time Tour de France winner looks to get some good race miles onboard.

Alberto Contador (Trek-Segafredo) and Alejandro Valverde (Movistar) will be Froome’s main rivals and Spain’s main hope in the overall classification.

Featuring a relentlessly mountainous parcours, the 97th Volta Ciclista a Catalunya will be a tough test for every rider in the peloton. The climbing starts immediately–six categorized climbs await on Stage 1 including two Cat. 1’s and a Cat. 3 peaking 18-km from the line in Calella. Even Stage 2’s long team time trial, the only chrono of the race, is a lumpy affair.

After a bittersweet second place at Paris-Nice, Alberto Contador looks to be on great form so far this year. Backed by a strong and motivated team that includes Haimar Zubeldia, Bauke Mollema, and Jarlinson Pantano, Contador will be keen to take on Froome and his other rivals.

A winner in 2009 at Volta a Catalunya, Alejandro Valverde hasn’t raced since winning Ruta del Sol in February and he will be ramping up for the Ardennes classics, so he’ll be in fine form as well.

Romain Bardet will be seeking redemption, as he was kicked out of Paris-Nice for hanging onto a team car for too long. He even changed his season program from late-April’s Tour de Romandie after missing the French race.