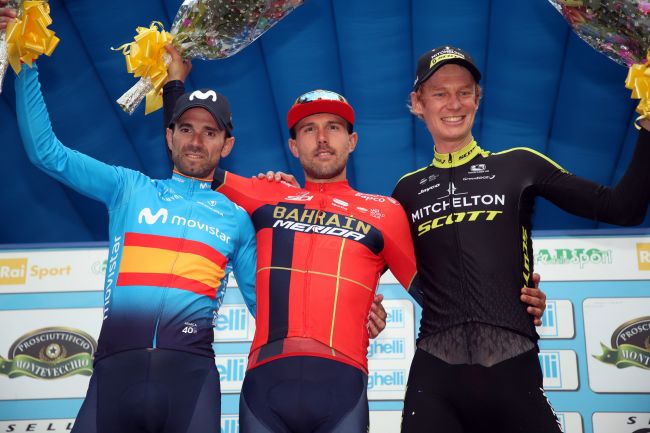 Sonny Colbrelli (Bahrain-Merida) picked up his first one-day win of the year at the Gran Premio Bruno Beghelli in Monteveglio after 199.3 very hilly kilometers.

“The tactics in the final with Iván were perfect,” said Colbrelli after the race. “We took control of the race because we were on the front from the start. I had to pay my teammates back with a nice win.

“It was a very tough race witha lot of attacks and counter-attacks. We decided to take the initiative and bring Iván García to the finish. That worked, and it was a victory for me and the whole team.”