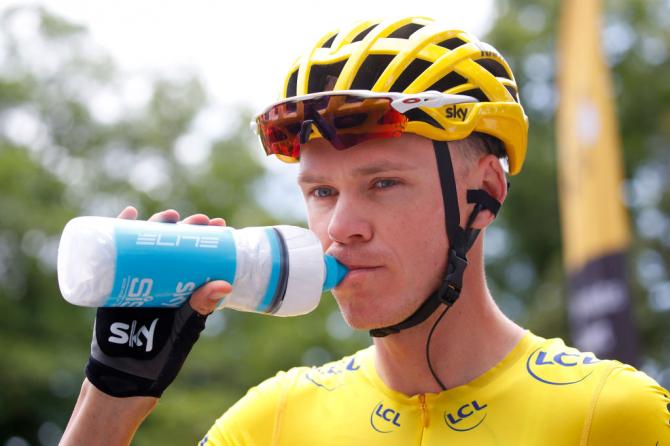 Chris Froome retained the yellow jersey at the Tour de France despite an untimely puncture on stage 15.

Froome was forced to to stop and change his rear wheel as the race sprang into life inside the final 40 kilometres, but a team effort helped the race leader get back on terms with his rivals.

“Never a dull moment in this year’s Tour, that’s for sure. Just coming into the main climb of the day I had a bit of a mechanical problem, I had to change the back wheel, and it couldn’t have happened at a worse time really. It was all hands on deck.

“My team-mates were fantastic again. Kwiato stopped to give me his wheel and the rest of the guys sat up, helped me as much as they could on the climb, and then Mikel Landa just dropped out of the front group to pace me back in over the top of the climb there. I’m hugely grateful that they did all that and managed to keep me in the front group.

“The whole team has been great. Christian Knees and Luke Rowe, from the very beginning, they did the lion share of today’s stage on the front, just controlling things.”

“Dan Martin made a good move to get off the front there and get a few seconds back on some of the guys but all in all I’m just happy to have got through today without any major losses and I think everyone will be looking forward to tomorrow’s rest day.  I’ll pass out tonight – I’m knackered!