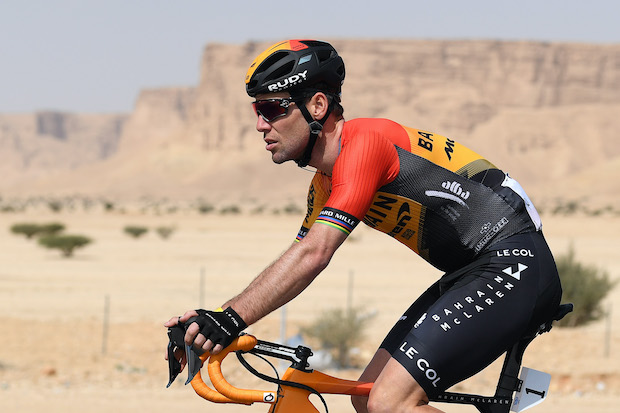 (Reuters) – Mark Cavendish’s chances of being selected to race at this year’s Tour de France have been hit by the COVID-19 pandemic as he has not had time to prove his form and fitness, Bahrain-McLaren general manager Rod Ellingworth said.

Cavendish, who has won 30 Tour de France stages, has struggled with injuries the last couple of years and missed the 2019 Tour after being left out of the Dimension Data squad.

With the cycling season on hold due to the coronavirus outbreak, Cavendish, who joined Bahrain-McLaren on a one-year deal last October, has been denied the opportunities to prove his form and fitness.

“He doesn’t have automatic selection and he doesn’t want it,” Ellingworth, who previously worked with Cavendish at British Cycling, told British media.

“We made an agreement that if he was winning races that would be enough to go to the Tour. Unfortunately that changes, and with so little racing beforehand it cuts his chances of being able to prove he’s back at a decent level.”

Ellingworth said his team would be targeting the yellow jersey once the Tour begins but that would not prevent Cavendish, who is chasing Belgian Eddy Merckx’s record of 34 stage wins, from staking his claim for a spot on the team.

“Technically he’s one of the best sprinters in the world, and if he’s got the form he’s proved many times he can do it with or without a lead-out train,” Ellingworth added.

“Mark brings a lot of value to the team, just in terms of his mindset and his goal-setting.”

The Tour de France had been scheduled to start on June 27 but was pushed back to Aug. 29 due to the outbreak.