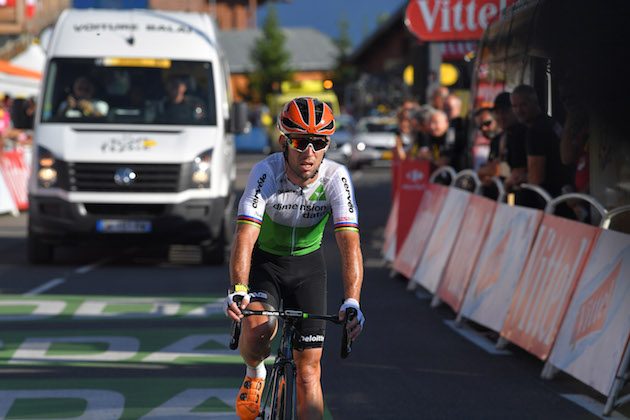 Cavendish only just managed to stay in the 105th edition of the race after struggling to make the time cut on Tuesday’s 10th stage from Annecy to Le Grand Bornand.

But having struggled to make an impact in this 105th edition, the second of three days in the French Alps proved a step too far for the Isle of Man sprinter, who has amassed an impressive 30 stage wins in 10 previous participations.

Along with Mark Renshaw and Marcel Kittel, Cavendish finished well outside the time limit set by the race jury.

Cavendish, in danger throughout most of the day from being picked up by the race’s notorious ‘broom wagon’, crossed the line 1hr 05min 33sec behind compatriot Thomas.

Earlier reports claimed Rick Zabel had also been eliminated. The Katusha-Alpecin rider, who finished 31min 32sec behind Thomas, was kept in the race thanks to a repechage.

Although given a warm applause for finishing the stage, former British sprint king Cavendish refused to speak to media at the finish line. He promptly turned around and rode downhill towards his team hotel.