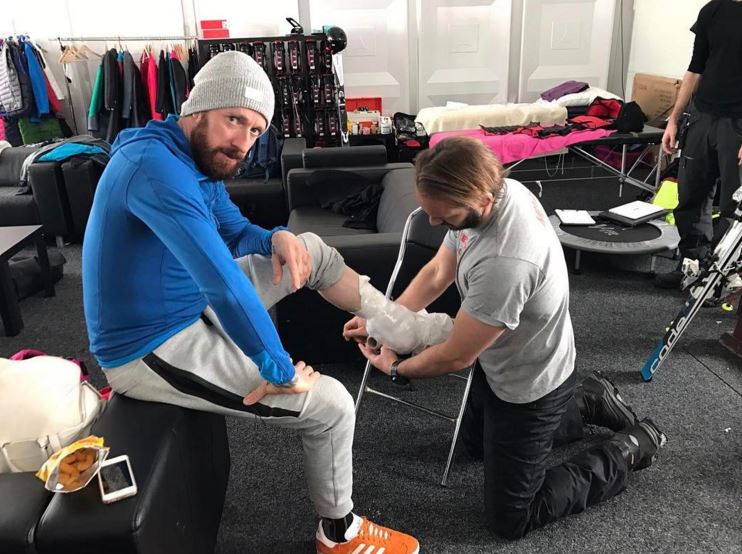 Bradley Wiggins has suffered a leg break during filming for a reality TV sports show in the UK.

The 2012 Tour de France winner and eight-time Olympic medallist revealed the extent of his injury on social media, which he sustained while participating in the celebrity skiing competition, The Jump.

The 36-year-old confirmed he had suffered a ‘small leg fracture’ that means he will need three-six weeks rest and that no surgery or cast was needed.

“Gutted to be leaving The Jump. I wanted to give you an injury update…‬ ‪Seen a specialist, I have a small leg fracture and need to rest for 3/6 weeks. Good news no surgery or cast required. ‬No horror smash, small training injury which means I can’t compete! Huge thanks to the crew and good luck to all of the cast. Due to the way the show is filmed I’ll still be on until show 4, so be sure to tune in to see how I do”, said Wiggins on Instagram.