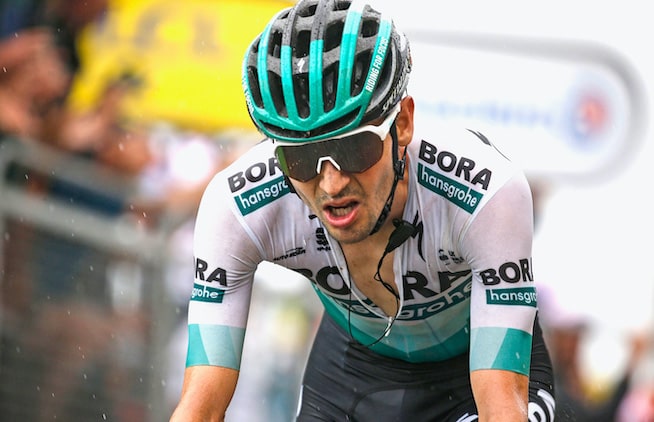 (Reuters) – The manager of German cycling team Bora-hansgrohe has raised concern about COVID-19 testing ahead of the Tour de France after pulling his team out of the Bretagne Classic on Tuesday because of a ‘false positive’.

Bora-hansgrohe withdrew all of its riders from the race after one team member was notified of a positive test for COVID-19 before Tuesday’s Bretagne Classic.

However, in a later statement the team said the rider had been tested again and the result had been negative.

“It looks like my concerns are being confirmed,” team boss Ralph Denk said in a statement.

“It is known that PCR tests have a certain rate of error and thus produce false positive results. This in itself would not be a problem, if there were the possibility to check the results immediately in the case of a positive finding.”

When riders are tested for doping an A and B sample is used and Denk believes a similar system should be used to make sure COVID-19 tests are accurate — especially when the stakes are so high. Two positive COVID-19 tests at the Tour de France will mean that a team would be withdrawn from the race.

“(In anti-doping tests) an A Sample and a B Sample are provided, precisely for this reason. If the A Sample is positive, the result is checked with the B Sample,” Denk, whose team is the first to pull out of a WorldTour race after a positive COVID-19 test, said.

“In the UCI’s current testing strategy, this verification is not present. We are talking about athletes who have prepared for a race for weeks or months and then might not be allowed to start the event due to a false finding.”

With the Tour set to start in Nice on Saturday, Denk has called on immediate adjustments to the testing protocols.

“We also require certainty regarding testing procedures and strategy,” he said. “If we don’t have this, we will soon have serious issues, because who wants to invest in a lottery game as a serious company?”

Riders and team staff at the Tour will be in a bubble from the day they arrive in Nice ahead of the Grand Depart on Saturday. They will be tested for COVID-19 twice before the race starts and a mobile testing lab will be at their disposal.

France has seen a surge in COVID-19 cases recently although, the number of people in hospital has remained stable. 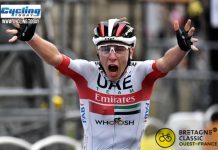