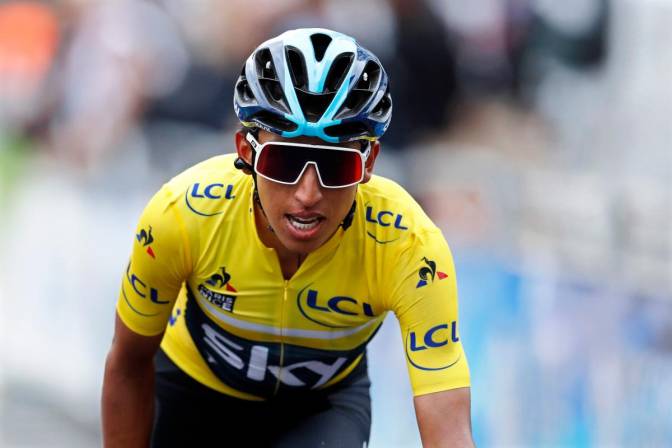 The 2020 Paris-Nice will boast a mouth-watering bevy of contenders, including defending champion Egan Bernal.

Last year’s “Race to the Sun” was a well-timed triumph for Bernal who went on to become the youngest post-war winner of the Tour de France.

The Colombian will face stiff competition in 2020 from Julian Alaphilippe and Vuelta a Espana winner Primoz Roglic.

Looking for a bonus with no deposit in 2020? See if Casino Online has some available free spins today.

“This will be a real battle between some of cycling’s top stars, last year it revealed the Tour winner, as it has done so many times before,” said Christian Prudhomme, president of the race organiser ASO.

Only a few of those riders will be targeting victory, but all will be racing with practice for the Tour de France high on their agenda.

“It really is looking more and more like a Tour de France warm-up,” said Francois Lemarchand, the race director and a former rider.

“This year after Paris-Nice there will also be Nice-Paris,” he said referring to the Tour de France which embarks from Nice and ends on the Champs Elysees.

The first major stage race of the cycling calendar, Paris-Nice starts on March 8 in the outskirts of Paris.

The second and third stages cross the vast windswept wheat and cornfields of the Beauce region south of Paris.

In 2019, Bernal set sail for a fabulous season, held his own in strong crosswinds despite his slight ‘climber’ physique while others had their hopes blown away.

Stage 4 is a 15km time trial around Alaphilippe’s birthplace, Saint-Amand-Montrond.

The Frenchman wore the yellow jersey for 14 days on the 2019 Tour de France where he won the individual time trial. He also won the time trial on Paris-Nice in 2017.

As the race heads towards the more clement south, the terrain becomes more challenging with four and six hills to climb on stages five and six.

The final weekend consists of two stages embarking from Nice, which mirrors the 2020 Tour de France which opens with two weekend stages that start in the city.

Saturday’s penultimate stage includes a blockbuster 16.3km, 6.3 percent climb of the Col de la Colmiane which is also a key feature of the second stage of La Grande Boucle in June.

The race is likely to be decided atop the Colmiane, where Simon Yates won a stage in 2018. The Briton has yet to declare whether he will ride to Nice this season.

The finish line for Paris-Nice will be in front of the Allianz Rivera stadium home of Nice football club, owned since last August by Jim Ratcliffe, who also took over Chris Froome’s Team Ineos last March.

The final stage features two major mountains with four climbs on the menu, culminating with a tricky descent into Nice.

For betting on cycling there are many good options, we particularly like LuckyVegas. 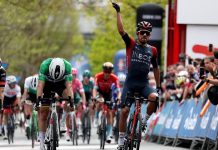