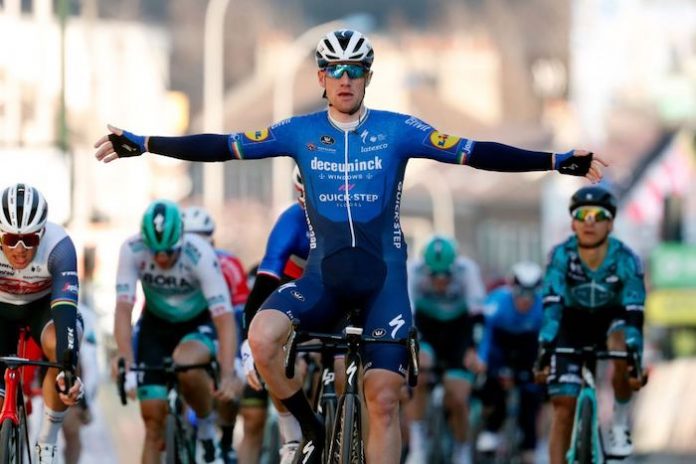 Sam Bennett claimed the opening stage of Paris-Nice on Sunday timing a late surge to perfection in a mass bunch sprint.

It was a fourth stage win on this race for Bennett as he surged past Arnaud Demare in second, while 2019 world champion Mads Pedersen came third.

“I got into the right position with 1km to go and just stayed calm and made my move 150m out,” said Bennett.

Bennett’s power left his rivals trailing and with two more sprints expected on the eight-day run to Nice the 2020 Tour de France sprint jersey winner appears even stronger this season.

There was bad news for Ineos as Richie Porte fell with 30km to go and pulled out on stage 1 of his first race on his return to Dave Brailsford’s team.

Monday’s second stage is a 188km run from Oinville-sur-Montcient outside Paris towards Amilly as the the Race to the Sun begins its long slog South.