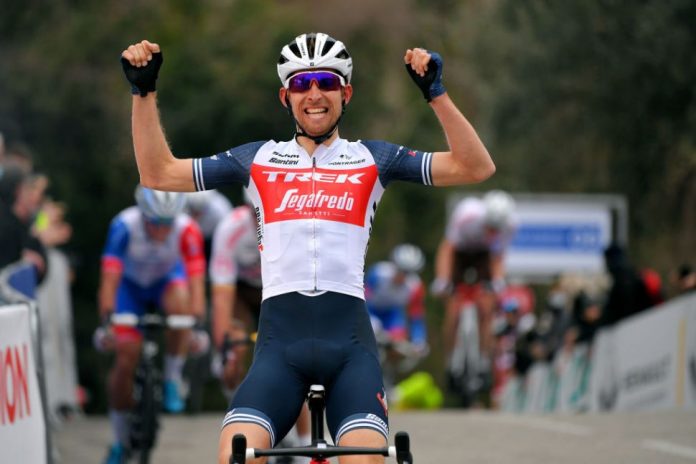 Bauke Mollema claimed the opening stage of the Tour des Alpes Maritimes after he distanced himself from Greg Van Avermaet (AG2R-Citroën) and Valentin Madouas (Groupama-FDJ) on the final climb.

With his galactic 7 line-up, Ineos took the charge in the hunt of the leading group, but at the moment of the truth the British team was nowhere. A group of 28 took the final climb, and it wasn’t until Mollema’s attack outside of 300m to go that any separation looked like it would stick.

“I knew I had to go early. I had the power, and I didn’t want to be boxed in and lose positions,” Mollema said. “The team did a great job keeping me in front and they did a great lead-out. I just went with 300-350 meters. It was a long sprint, but I made it, so super nice.”

The pre-race favourites remain in contention after the first stage, with Nairo Quintana (Arkéa-Samsic) finishing in the front group in 15th, while Geraint Thomas (Ineos Grenadiers) finished 22nd.