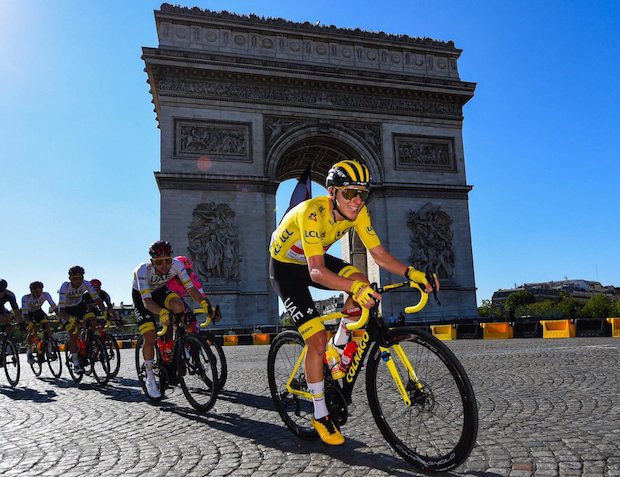 We are days away from the start of the 2022 Tour De France. As beautifully said by a comment I received : “It’s not just the stage winners or those fighting for the general classification. There are also the lead out men or the team train prior to a massive sprint finish. We also have the grupetto. Injured cyclists and sprinters suffering giving everything they can to complete the race in the time limits. That makes the Tour unique and magical.”

What happened in the 2021 Tour De France?
Tadej Pogacar took the Yellow Jersey and the KOM Jersey, without the former being under serious threat at any point. His main opponent at the start, Primoz Roglič withdrew from the race early, following a series of crashes. Pogačar’s supremacy was is in no doubt or was it? Jonas Vingegaard, a late addition to the Team Jumbo-Visma, initially meant to assist Roglič, rose to the occasion to finish 2nd in his first Tour De France with Caparaz completing the podium.

The green jersey was a fairytale. After 3 years of struggle and near retirement, Mark Cavendish was given a late ticket to the tour by his team Quick-Step and he did not deceived. He took the impressive tally of 4 stages victories, equalling Eddy Merck’s total record of 34 victories and earned the green jersey by getting over the mountains with every bit of energy he had with the help of his formidable wolfpack.

Finally of superstars classics duo Mathieu Van Der Poel and Wout van Aert entertained us through out the 3 weeks. the Dutch took a stage win and the yellow jersey. Wout van Aert did not wear yellow but his performance will forever be remembered. After sealing a win in the queen stage at the Mont Ventoux, he doubled his wins in the last time trial. As if it was not enough, Wout van Aert took the sprint win at the closing finale, the Champs-Élysées. Wout can really do everything!