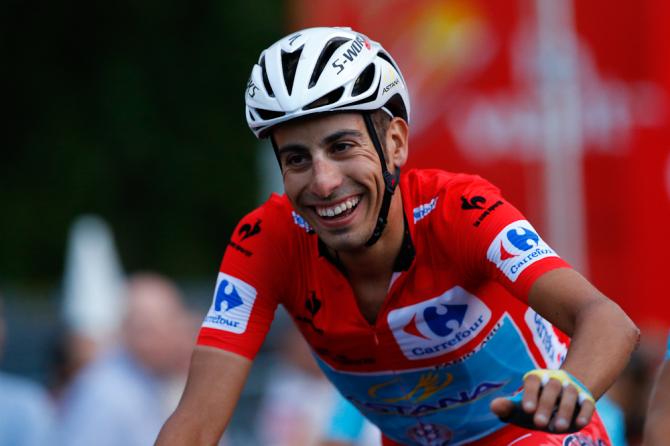 After a disappointing Tour de France debut this season, Aleksandr Shefer, Astana’s director sportif, has told La Gazzetta dello Sport that the Italian will revert to his tried and tested Giro-Vuelta double next year.

Winning the 100th Giro is high on Aru’s list of goals, especially since the race begins in his home of Sardinia, and he seeks to add a second Vuelta win to his palmares next Autumn, pending the route announcement.

“The Giro starts close to Fabio’s home and this year’s Tour was a bit of a disappointment for him so I think that he would like to go back to the Giro. Not that he wouldn’t want to do to the Tour but I think he’ll do the Giro,” Aru’s teammate Jakob Fuglsang told Cyclingnews.

Aru last rode the double in 2015, when he took two stages and was second behind Alberto Contador in Italy, before a daring attack displaced Tom Dumoulin on stage 20 of the Spanish to take his maiden Grand Tour.