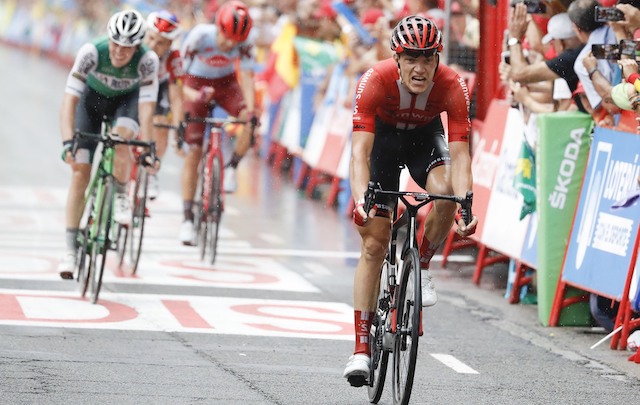 Nikias Arndt survived a late downpour and treacherous conditions to snatch victory in stage 8 of the Vuelta a Espana as Nicolas Edet took over as overall leader.

Arndt was a part of the main breakaway and as the rain hammered down came through late to claim the victory in Igualada, near Barcelona, at the end of a 166.9 kilometre ride from Vals.

“I always said I wanted to win a stage and now I have won at the Vuelta,” said Arndt, who also won a stage of the Giro d’Italia three years ago.

Frenchman Edet, who was the best climber at the Vuelta in 2013, took advantage of a general apathy among the favourites to finish nine minutes ahead of the peloton and so take the red jersey from Miguel Angel Lopez.

Sunday’s ninth stage in Andorra will be brutal with five categorised climbs in less than 100 kilometres and an off-road section close to the finish. 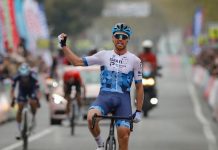 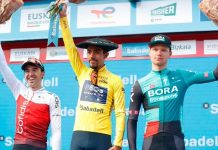 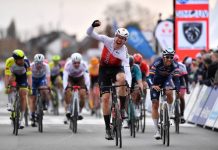 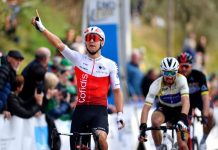 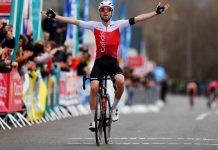 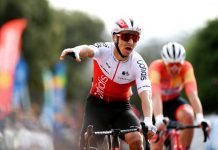