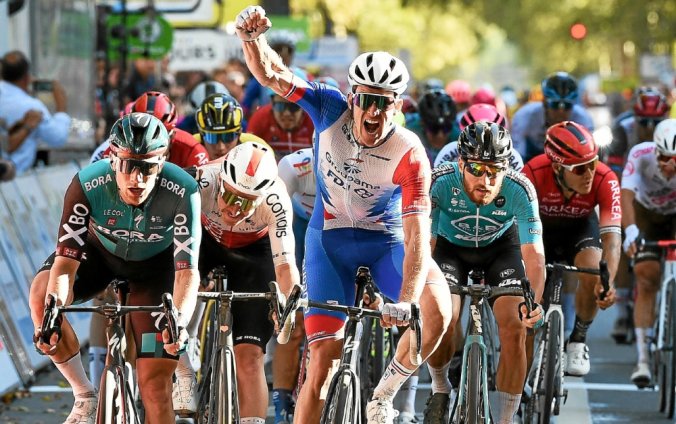 Arnaud Demare won 2022 Paris-Tours with half a bike length ahead of Edward Theuns (Trek-Segafredo) in second place, and Sam Bennett (BORA-hansgrohe) who finished third.

Behind them, former winner Phillippe Gilbert (Lotto Soudal), racing the final event of his professional cycling career, finished in 27th in the same reduced group of 36 as the winner.

“The home straight felt so long to me,” said Demare. “I was really afraid to get caught after my recent seven second places. I gave everything until the very end and I managed to win.

“If I had to win one race, it had to be this one. I’m really happy to finish with a victory. It’s a completely different scenario than last year and it’s not at all what I expected this morning.

“It also shows that I can be up there in several ways. We were expected, and we had a superb team race. It closes the season perfectly. That’s great.“ 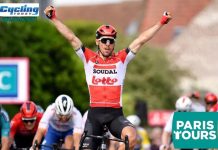