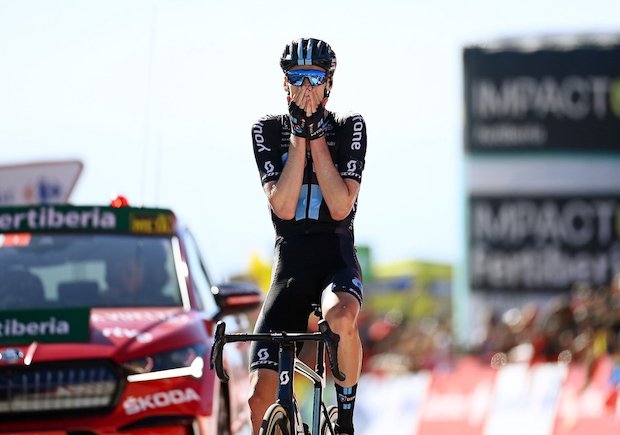 Thymen Arensman took his first Grand Tour win on stage 15 of Vuelta a Espana on Sunday, a 153km mountain ride from Martos to Sierra Nevada, as Remco Evenepoel fought hard to retain his red jersey.

Arensman attacked to catch and pass Marc Soler and pushed on to win alone on the queen stage to the altitude finish atop Sierra Nevada.

The Dutchman was the only rider from the breakaway who was able to resist Movistar rider Enric Mas, who came second after finishing one minute 23 seconds behind the winner.

“It’s still really hard to believe, it really hasn’t sunk in,” said Arensman. “When I was alone… I only kept thinking that I got to push and it was enough. It’s unbelievable.”

Evenepoel retained his lead but lost time to Primoz Roglic, who made an attack in the final kilometre and finished fifth. The Belgian remained 1:34 ahead of Roglic with Mas in third place, 2:01 behind.

After a rest day on Monday, the peloton will pick up again on stage 16, a 189km ride from Sanlucar de Barrameda to Tomares on Tuesday.

🔥 Evenepoel defends himself from attacks by Mas, López & Roglič to keep La Roja.