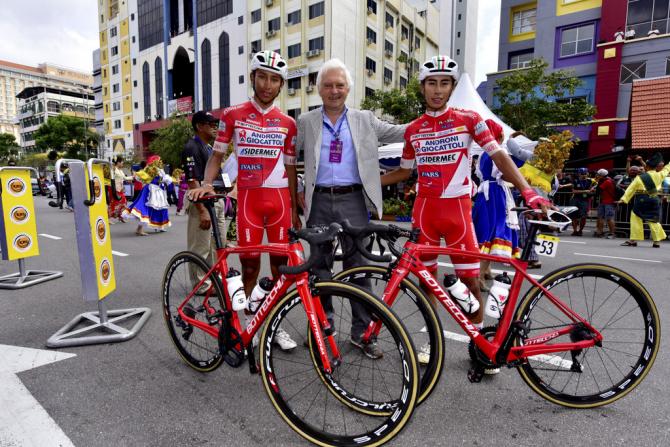 Androni Giocattoli will be return in 2018 as the title sponsor of the Italian Pro Continental team led by Gianni Savio.

Androni Giocattoli has been involved with the team since 2008 and became the first title sponsor in 2010.

“Androni Giocattoli has been supporting us since 2008 and during the several seasons we have achieved great results internationally, winning stages at the Giro and in the classics both in Italy and abroad,” Savio said.

“We have launched many young riders into professional careers who have achieved successes with us and then continued to win in other big teams. I like to remember the three most representative riders of the last few years — Alessandro De Marchi, Fabio Felline, and Diego Rosa, now respectively with BMC Racing, Trek-Segafredo, and team Sky.

“I also remember with nostalgia Franco Pellizotti, who gave us a tricolor jersey, and with deep sorrow a rider who left us but who will always remain in our hearts not only for his victories with our jersey, Michele Scarponi. Together with experienced riders, we have now a group of young riders — some of whom have already been victorious this year at their debut among professionals — with whom we are planning the future of our team.”