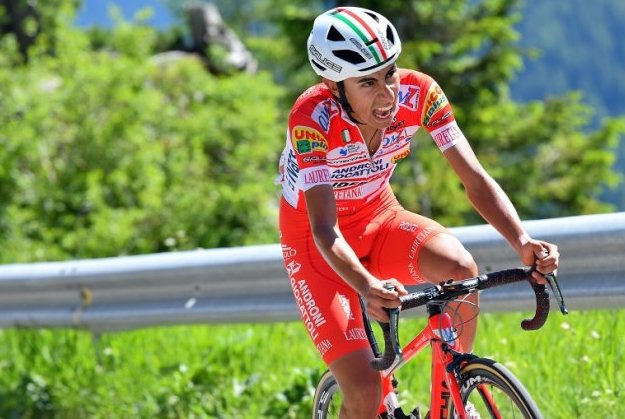 Androni Giocattoli-Sidermec will be at the start of the 2021 Giro d’Italia after the withdrawal of Vini Zabù.

Initially, the wildcards went to Alpecin-Fenix, Bardiani CSF Faizanè, EOLO-Kometa and Vini Zabù. However, the latter has been in the news in recent weeks after it was announced that Matteo De Bonis had been caught with EPO, a few months after a positive test by Matteo Spreafico during the last Giro d’Italia.

Vini Zabù now risks a general suspension from the UCI because of two doping cases in the last 12 months. The team decided not to wait for a suspension and earlier today returned the Giro wildcard to RCS on its own initiative.

“Let this be a lesson to all athletes who are still trying to cheat,” a Vini Zabù press release said.

And so Androni Giocattoli-Sidermec came back into the picture for the final wildcard for the Giro.

Gianni Savio can now breathe a sigh of relief. The Italian team took two additional prizes in the last edition. Simon Pellaud was honored as the winner of the intermediate sprint classification, while his teammate Mattia Bais won the Fuga Bianchi for the best breakaway rider.