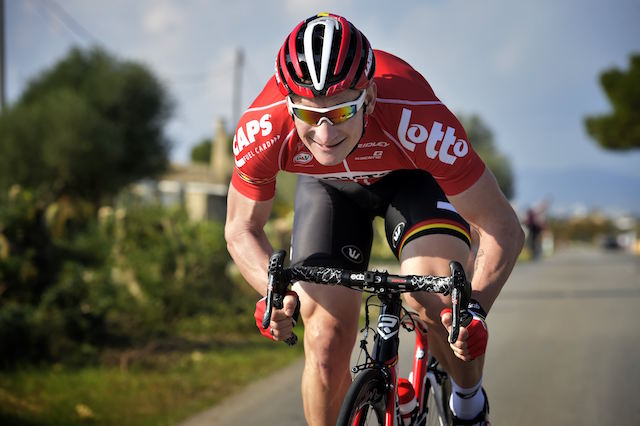 After eight years with Lotto Soudal team, André Greipel is set to leave the Belgian squad as he signed a two year contract with pro-continetal outfit Fortuneo-Samsic.

The Gorilla took 11 Tour de France stages, 7 Giro d’Italia stages–he wore pink for a day in 2017– and earned four triumphs at the 2009 Vuelta a Espana.

“I expect a lot from my new formation, I want to be inspired by its young and free spirit but I also expect confidence, commitment and a team spirit,” said the German. “Cycling is a team sport, to win you have to have a strong team. I will help to develop this talented young generation while pursuing my personal goals.

“Next season, I want to be 100% of my abilities. I want to bring my sporting qualities but also my personality and my experience. I look forward to discovering my new role in this new environment. I understand and speak a few words of French but after the first races I should be much more comfortable.”

Although not confirmed, it is believed that Mitchelton-Scott’s sprinter Caleb Ewan will replace Greipel as Lotto-Soudal’s fast man.