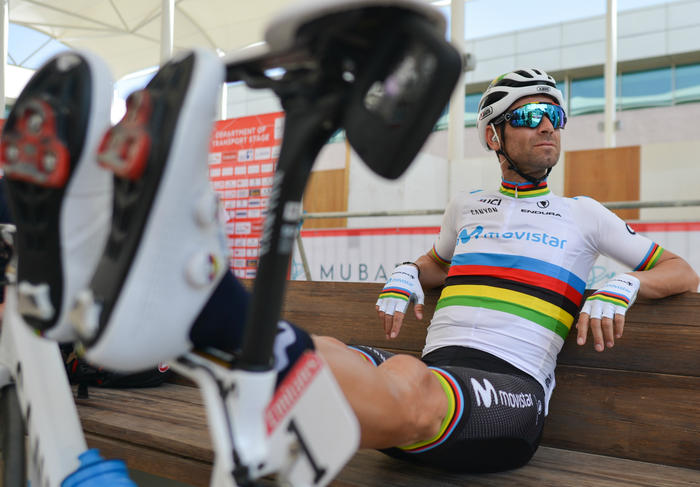 Alejandro Valverde’s participation in the Giro d’Italia is at risk after he suffered nasty injuries in a training crash on his birthday.

The world champion was training ahead of Liege-Bastogne-Liege when he crashed and suffered a hit in the sacrum. As a consequence of this hit, the rider was unable to finish La Doyenne and waited to be back in Spain to make further examinations.

“Alejandro Valverde underwent scans in Murcia on Monday to examine the area damaged by his crash during a training ride last Thursday, prior to Liege-Bastogne-Liege,” said Movistar in a statement.

“The checkups confirmed bone oedema in his sacrum. The Giro appearance of the rider depends on the evolution of his recovery.”

The Spanish rider hasn’t had luck last weeks as he also struggled in Fleche Wallonne after a bee stung him.

This year, Alejandro Valverde was due to ride only his second Giro d’Italia, alongside Mikel Landa. 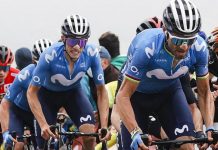