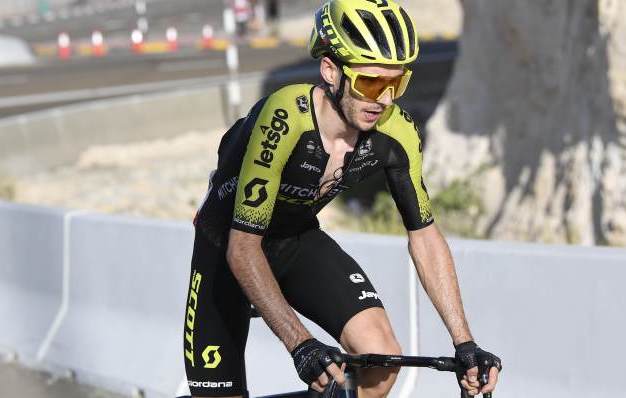 Team Ineos have announced the signing of Adam Yates from next season, bolstering their British contingent as Chris Froome will leave the team for Israel Start-Up Nation.

“I’m really delighted that Adam is finally joining the team”, said Dave Brailsford. “It feels like the timing is just right as he enters the prime of his career and we embark on a new era as the INEOS Grenadiers.

“As a global team with a British heart, Adam’s no-nonsense British character is a perfect fit. He knows how to win and his gritty, determined and resilient approach are exactly the attributes we are looking to foster as we assemble the new INEOS Grenadiers to be built on purpose.”

Yates began the 2020 season with a commanding victory at the UAE Tour, while fourth place at the Tour de France in 2016 displayed his Grand Tour capabilities at the sport’s highest level.

His brother, Simon Yates, will stay with Mitchelton-Scott after he signed a two-year contract extension this week.

Adam Yates said: “The prospect of riding for a British team is one that I am extremely excited about. I’ve witnessed the rise of cycling in the UK during my career and I think this has been spurred on by success of British riders and this team.

“It is an exciting opportunity and one that I feel has come at the right time. My results in week-long races and one day races have been really solid but I would like to take that consistency to Grand Tour racing with the INEOS Grenadiers and see where it takes me.”