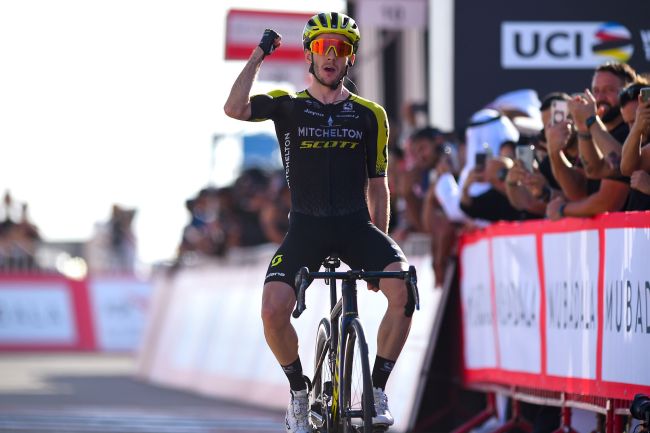 Adam Yates pulverised the opposition on the final ascent of stage 3 of the UAE Tour, winning by over a minute and taking the overall race lead on Tuesday.

Chris Froome again struggled on his comeback from injuries, and was paced home over 10 minutes adrift on the day.

Yates looks favourite to win in a competitive field after his stunning attack from 6km out at the end of a warm day with temperatures passing 30C.

“I attacked maybe a little too early, but in the end I felt good,” said Yates, whose win gives him a 1min 07sec lead in the overall.

“A minute is a lot, but we have to do this climb again, and maybe my legs won’t be so good then,” Yates said in reference to stage five.

“Also tomorrow I heard a rumour there are going to be crosswinds, so we’ll see.”

Yates was followed up the final 10.6km Jebell Hafeet climb at a 7 percent gradient by a trio of challengers with Slovenian prodigy Tadej Pogacar finishing 1min 03sec adrift.