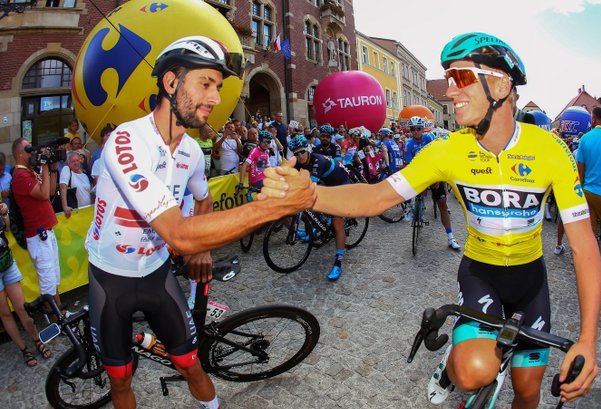 Pascal Ackermann won stage 3 of the Tour of Poland after Fabio Jakobsen (Deceuninck-Quick-Step) was relegated in the final sprint.

Footage from the sprint showed Jakobsen taking his hand off the bars to push Marc Sarreau (Groupama-FDJ) to make space for his move. The Dutch champion was the first rider across the finish line, but the race jury penalized him.

The stage was overshadowed by the tragic death of Bjorg Lambrecht, who crashed on the stage and subsequently died in hospital.