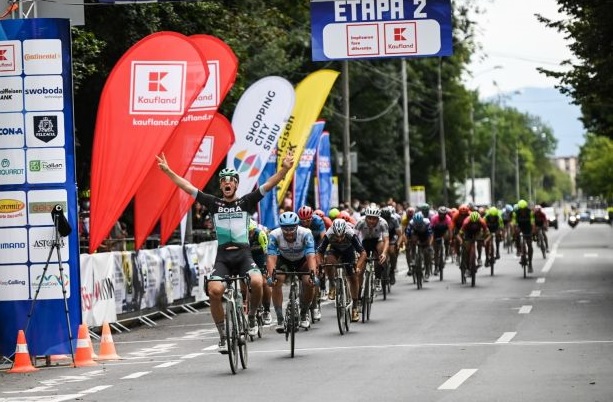 Pascal Ackermann took another victory for Bora-hansgrohe at the Sibiu Tour, profiting from a good lead-out from Gregor Mühlberger to take out a reduced bunch sprint.

The German team set a high pace in the field and with only 10km remaining, the peloton split into several groups. This was followed by a series of attacks, which, however, remained fruitless. On the finishing straight, Pascal Ackermann proved himself to be the fastest, taking the day’s victory.

Patrick Konrad remains in the leader’s jersey after the stage.

“It was really hectic because it was a small group and nobody had a lead-out train. I didn’t know which wheel I should take, then I switched from one to the other. With 300m to go I went full gas. I think it was a good sprint but a long one,” Ackermann said.