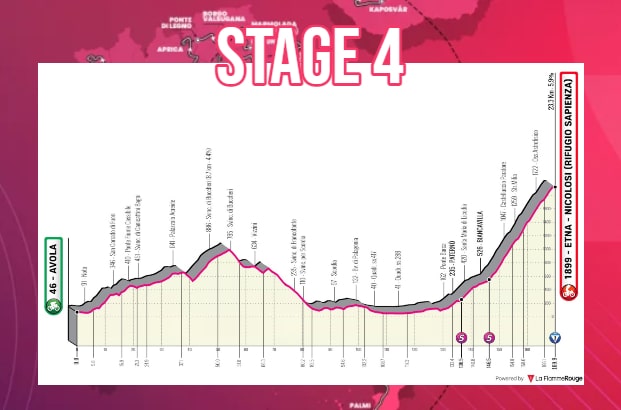 In keeping with recent years tradition, the race visits Sicily. The stage with the ascend of the Etna Volcano. 23,3 km at 5,9%. 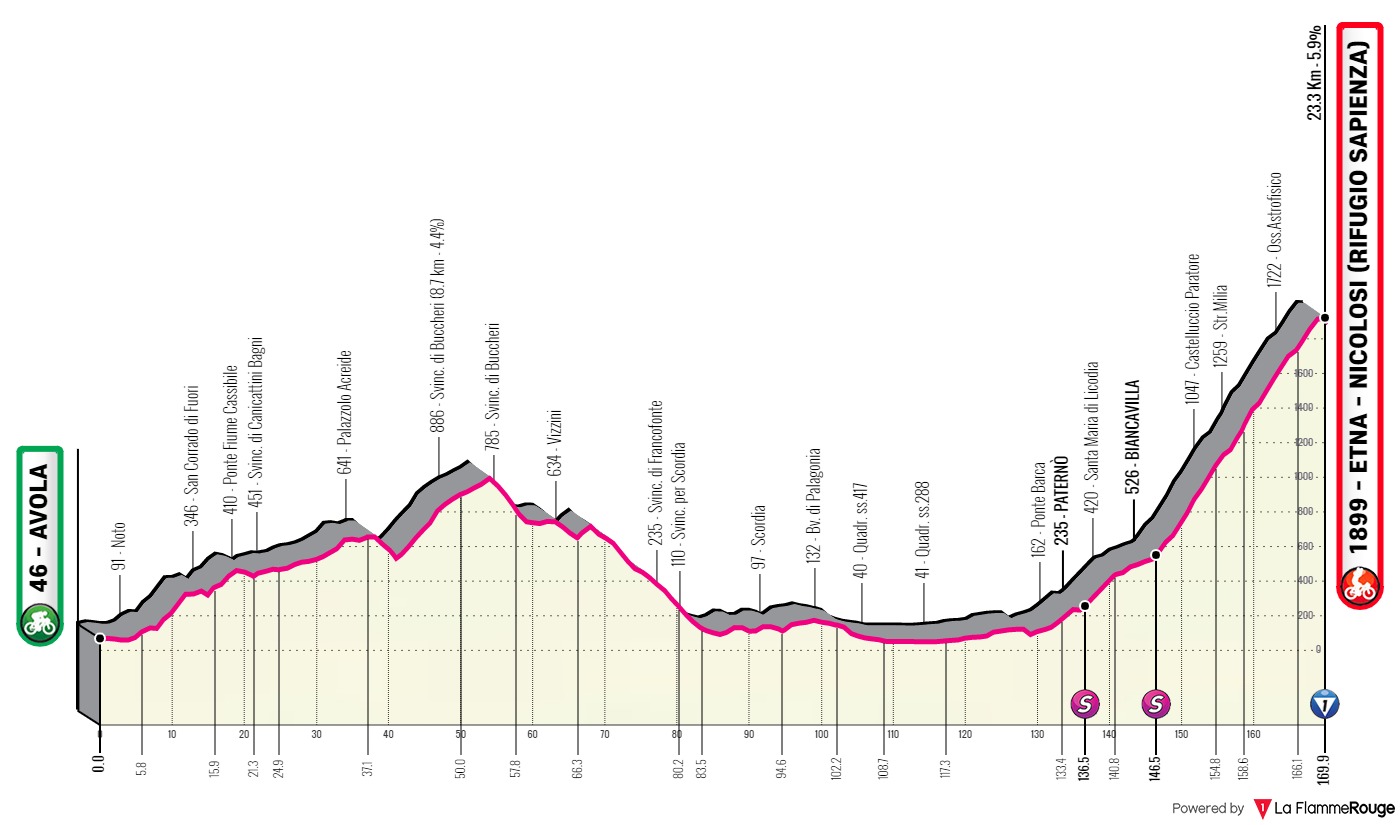 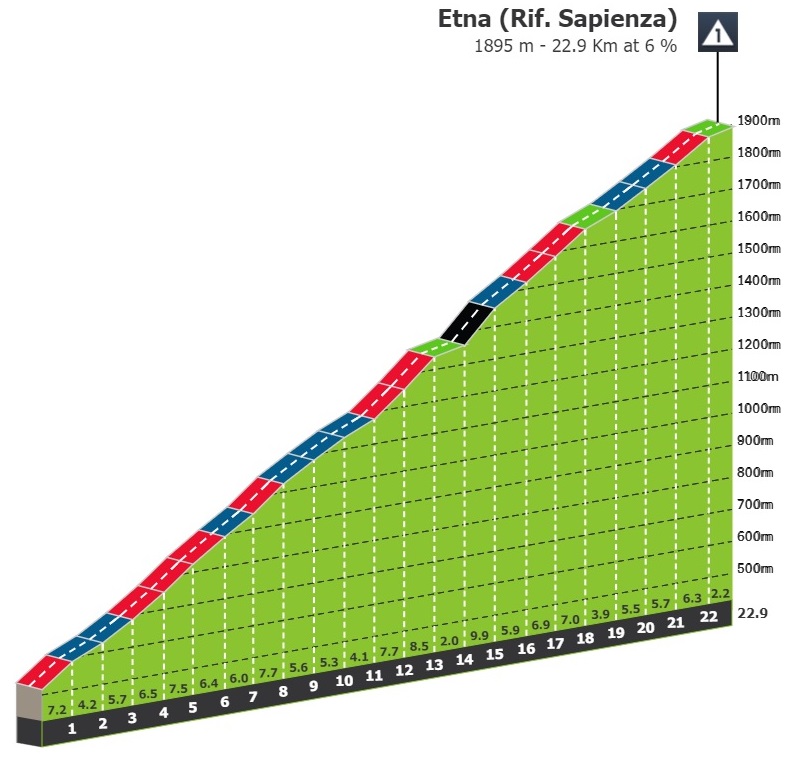 The ascent of Etna is one of the most used climbs in the recent years, featuring four of the last six editions of Giro. The climb is the breakaway’s ground as all three of the recent passed editions were won by a rider from the breakaway. So it’s difficult to predict who will be the winner.

Alessandro De Marchi who lost more than 8 minutes in the first stages perhaps with the idea to go in a breakaway and try to win this stage. Probably others have same idea, and he will not been alone. Let’s see if guys like Lorenzo Fortunato, Davide Formolo, Lennard Kamna, Jefferson Cepeda join a winning breakaway.

The favorites in the general classification will for sure watch each other but above all not to have a day without strong legs. If you can’t win the Giro here, you can lose it.

Richard Carapaz should do well with the finish at 1899m altitude and being a good climber and a strong team.

Simon Yates won the stage 2 TT which shows how good his TT skills are if he attacks from the GC group.

Joao Almeida is another good climber who can do well.

Pello Bilbao is also in good form with third on the opening stage.

Romain Bardet is not far behind in the GC meaning that he can attack and light up the race.

As much as we would love to see a GC battle for victory, how many of the bit teams would be keen on the pink jersey and having to defend it from this early? It is hard to predict the winner from the breakaway but I expect Harm Vanhoucke who is already 10 minutes down and last year’s maglia rosa’s wearer Alesandro De Marchi. Natnael Tesfatsion from Drone Hopper and Davide Bais would love to show what they are made of.

Were it to be come to the big guns to battle for a stage win, on a good day it would be impossible to deny Simon Yates a second victory. The final climb also suits Miguel Angel Lopez. I don’t think Carapaz and Ineos would want the pink jersey that early in the race.