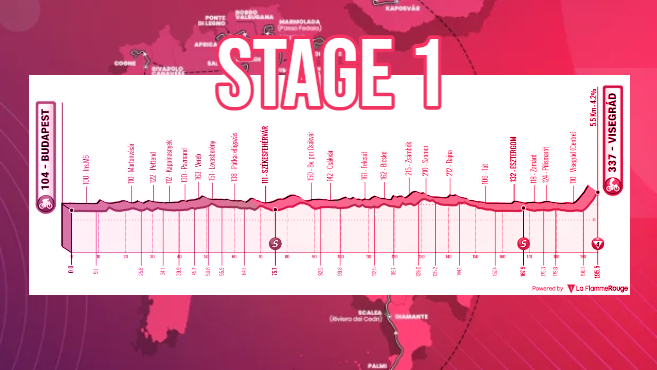 The start in Hungary was previously planned in 2020, but with COVID-19 it has been postponed to 2022. So, 3 stages are held near Budapest capital and Lake Balaton. The first stage starting from Budapest, with 200 kms leading to Visegrad with only 1388 meters climbing for the all stage, could have been an easy one for the sprinters but final kilometers will make the choice in those who are able to fight with best punchers.

A partly cloudy weather with a temperature of 22-24 degrees Celsius welcome the rider.

A 195 km stage that finish with a 5.6 km at 4.2 %. Valverde would want to grab the pink jersey on his last year but Van der Poel among others will have their say. 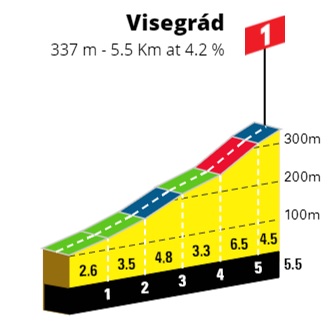 Who can beat Mathieu Van der Poel? Puncher-sprinter, he will be favorite number 1.

Biniam Girmay has the same profile as Valverde, some years less….

Giacomo Nizzolo is another guy who have good finish.

Mathieu Van Der Poel – The uphill finish should suit him well and has a good sprint.

Pello Bilbao – Won a sprint at the Tour of the Alps and has a good punch.

Phil Bauhaus – Done well on the uphill sprints at Volta a Catalunya.

This course has Van de Poel written all over it for him to get hold of the pink jersey on his debut. Once he will set his “Gorilla attack” nobody is expected to follow. Joao Almeida is one if he could get on the wheel, possesses the sprint to win the stage. Romain Bardet, Pello Bilbao and of course Valverde are great sprinters as well.