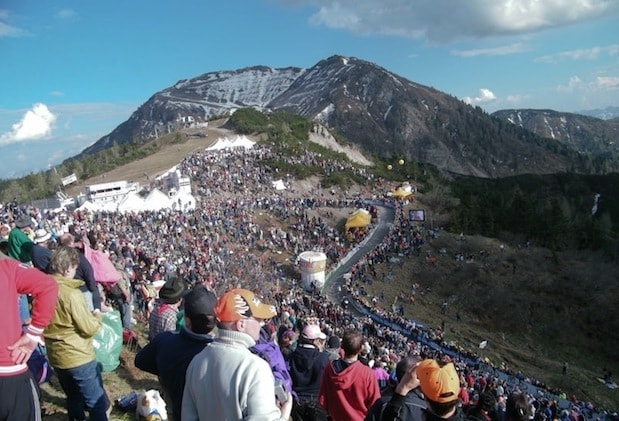 The full route of the 2018 Giro d’Italia will be revealed on November 29 in Milan but the Italian newspaper Messaggero Venetto has revealed that the Monte Zoncolan climb will be back in the 2018 race.

Zoncolan, one of the hardest climbs in Europe, will be ascended from Ovaro in a stage that will include 4,000m of altitude gain. The peloton tackle an average gradient of 12% for 10km with maximum gradient of 15%.

The legendary climb would be on the 19th May, in the second weekend of racing.

The Zoncolan was first climbed during the Giro d’Italia in 2003, when Gilberto Simoni won the stage and Marco Pantani finished fifth in what would be his last ever ride in the Giro.

Three historic stages in Israel will kick-start the 2018 Giro d’Italia in what’s the first time a grand tour ventures beyond Europe.

The 101st Giro (May 4-27) will open with a time trial and two road stages in Israel that represent an important landmark in cycling history.