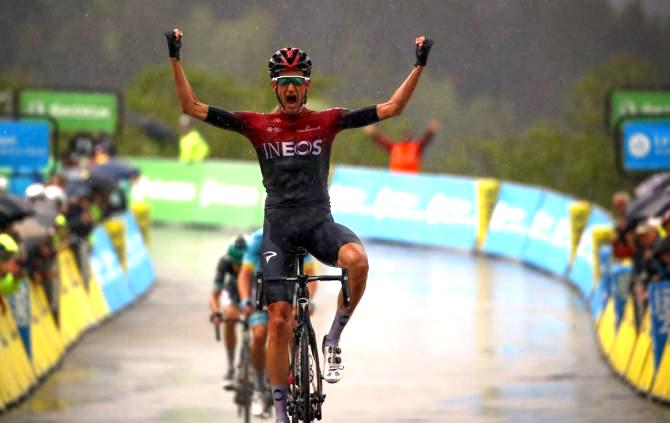 Wout Poels (Team Ineos) won a stormy stage 7 of the Criterium du Dauphine, attacking late after a flurry of moves went on the final climb of the day.

Poels was with Chris Froome on Wednesday when the four-time Tour de France winner broke his hip, leg, elbow and ribs in a horrific, freakish crash.

“It’s great news for the team and it’s a gift for Chris,” Poels said after the win. “It was nice to have the freedom to go for the win, but it’s sad for Chris.”

At the end of an almost 20km climb, Poels edged Bora-hansgrohe man Emanuel Buchmann and Fuglsang in the toughest stage on the race.

Fuglsang won this race in 2017 and if he can hold on to the lead over the dense, steep 113km route Sunday will mark himself out as one of the favourites for the Tour de France.


The race is still wide open with Tejay Van Garderen third overall at 20sec, Buchmann fourth at 21, Poels fifth at 28.