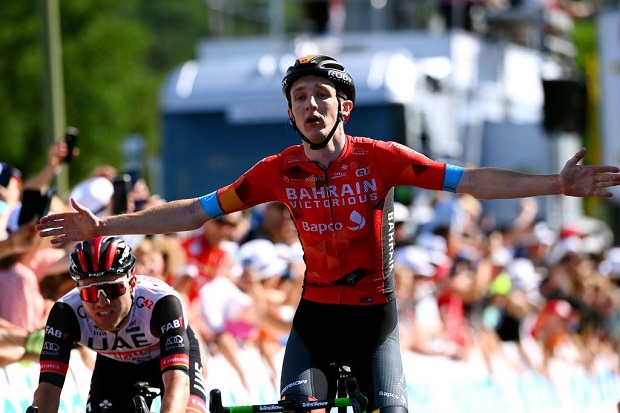 Stephen Williams claimed the biggest success of his career by pipping Maximilian Schachmann and Andreas Kron at the line after 177.6km of racing starting and ending in Kuesnacht, in the opening stage of Tour de Suisse.

Williams takes the leader’s jersey with an advantage of four seconds thanks to his victory bonus seconds.

“I was unsure where my form was going to be but I knew I had done the work before this. To win the first stage with a group like that was really special,” Williams said.

“I don’t think it has sunk in yet. It’s been a pretty strange few years, so to come here and win the stage. I’m over the moon,” he added.

Tour de Suisse is one of the final chances for riders to race before the Tour de France starts in Copenhagen on July 1.

Former Tour de France champion Geraint Thomas, who was 14th on the first stage, as well as Thibaut Pinot, 35th, are among those in action in Switzerland.

Monday’s second stage is a 199km run from Kuesnacht west to Aesch, near Basel with three category climbs and two sprint sections.