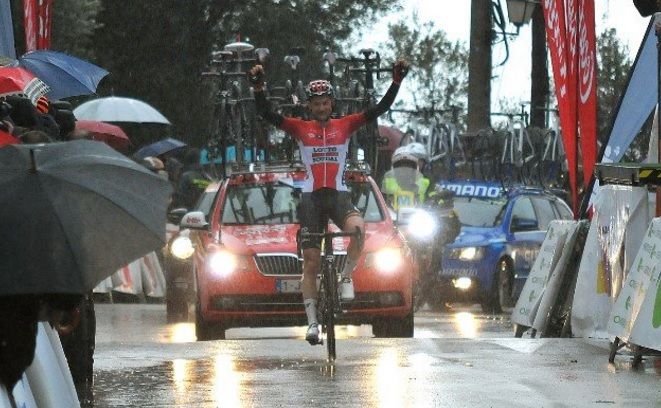 Wellens won from breakaway after a 159.9km ride through tricky mountainous terrain from Soller to Deia. The 25-year-old Belgian made up for the disappointment of a second place finish at the same race two years ago.

His teammate Louis Vervaeke placed second ahead of Spaniard Vicente Garcia de Mateos as Lotto-Soudal made it two wins in two days.

Saturday sees racers compete for the Andratx-Mirador d’Es Colomer Trophy over 158.7km with a hill climb finish to Creueta.