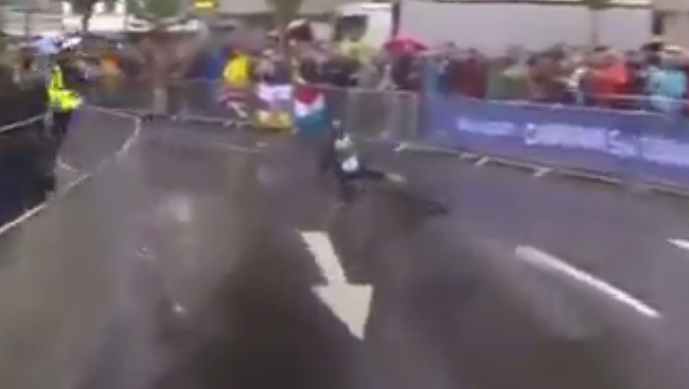 Heavy rain meant that the time trial was badly affected by crashes, but none was more dramatic than that involving the Movistar rider.