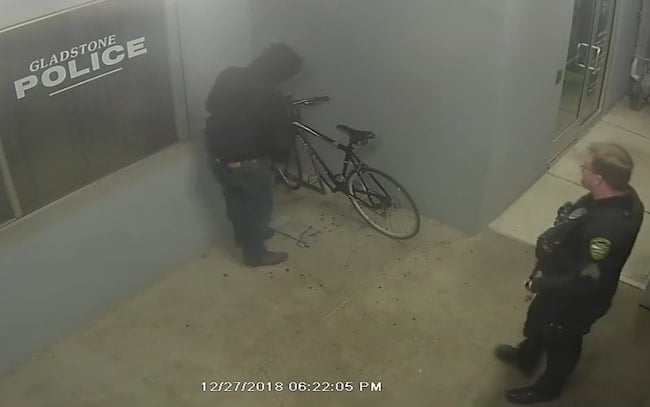 Stealing a bicycle from a police station isn’t a great idea, but that’s what almost happened in Gladstone, Oregon, and the attempted theft was caught on camera.

Gladstone police released surveillance video showing the suspect approach the bicycle with a pair of bolt cutters. One officer is seen exiting the police station and approach the man wearing a balaclava. The officer pointed a Taser at the man before arresting him.

Suspect arrested for attempting to steal a bike…From the PD!!!! SGT Okerman arrested the suspect after confronting him with a Taser. Video of the encounter below.