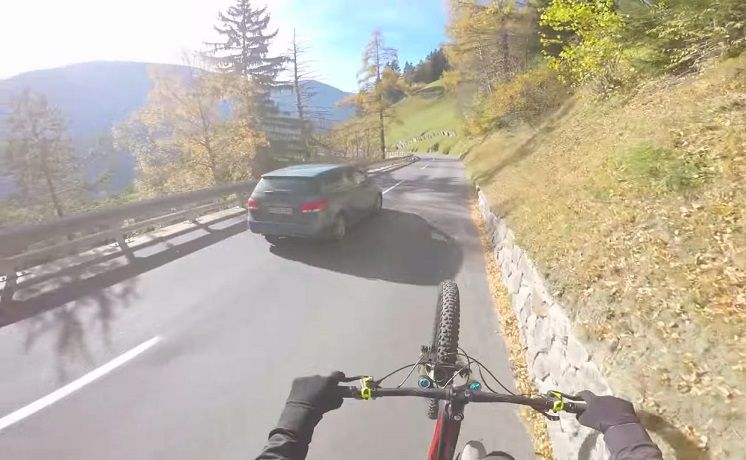 Fabio Wibmer decided to attempt his longest wheelie ever at a whopping 45 minutes.

He’s spends the first few minutes of his attempt going uphill before the road levels out for a short while.

“It’s still pretty easy to ride apart from the wind. I think you guys can hear the wind as well. It’s not easy to cycle with wind coming from right or left.”