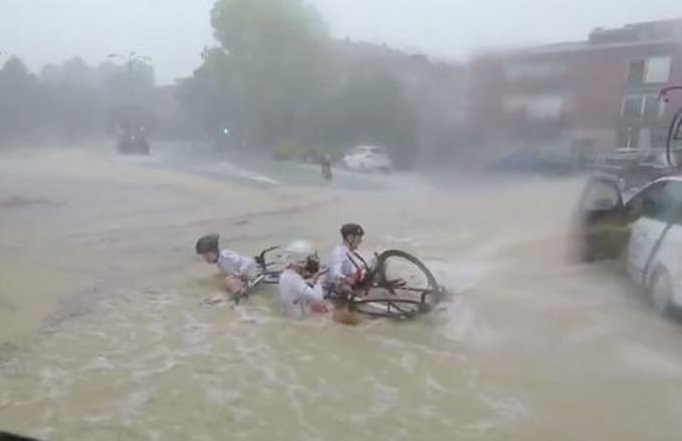 Unbelievable footage has emerged at a junior race in Spain after junior riders were involved in a crash caused by flooding during a team time trial.

A terribly decision by the race organizers of the Volta al Penedés saw a horrible crash for a team trying to ride through flood-like conditions. The inevitable happened as the water became too deep for the wheels to keep on turning, and luckily it appears no one was seriously hurt.

What happens when cyclists try to ride through flooded street ?? pic.twitter.com/5wCGeTwErm