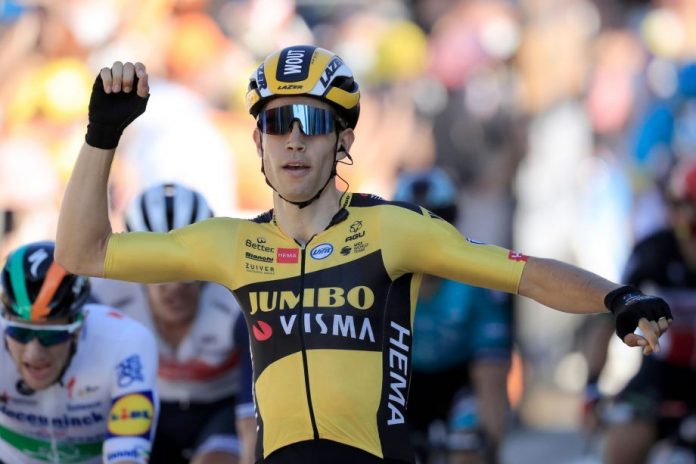 Julian Alaphilippe lost the overall lead in the Tour de France to Adam Yates after being handed a 20-second penalty for illegal feeding at the end of stage five, won by Wout van Aert.

Van Aert was fastest in the sprint at the end of the 183km ride from Gap that was remarkable mainly for featuring no breakaway, an almost unprecedented scenario in normal racing conditions in the modern era.

Cees Bol was second and Sam Bennett took third place to become the first Irishman to wear the green jersey for the points classification since Sean Kelly 31 years ago.

But the drama was to come after the riders got off their bikes with Alaphilippe, who finished safe in the bunch, being penalised for snatching a bottle about 17km from the line, breaking Tour rules which state that feeding is illegal within 20km of the finish.

Deceuninck–Quick-Step sports director Tom Steels explained later that the team assistant had been unable to position himself just before the 20km mark because it was too dangerous.

“It’s a pity to lose the yellow jersey like this,” Steels said. “We know about the 20km rule, but today there were also some special circumstances… it was the only spot we could still give the bottle.

“But we made a mistake, nothing to do about it. Julian was disappointed of course because he didn’t do anything wrong.”

Yates leads Primoz Roglic by three seconds in the standings after Alaphilippe dropped to 16th overall.

“I don’t think anybody wants to take (the yellow jersey) like this,” said Adam Yates. “I was on the bus, showered, waiting for the last few guys to shower and somebody called the (sports) director to tell him I had to go to the podium.”