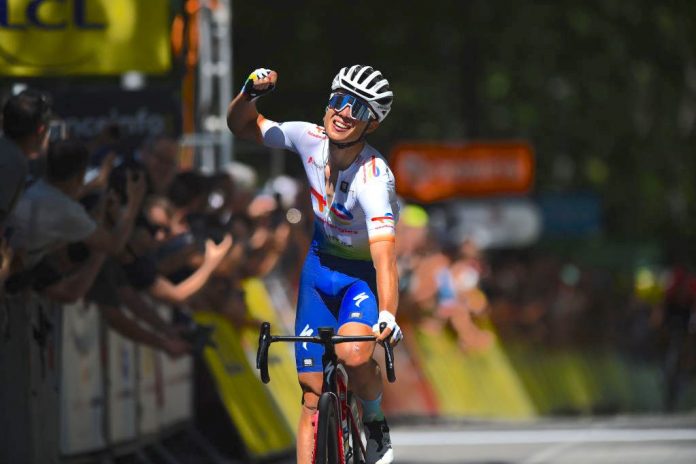 Valentin Ferron won stage six of Criterium du Dauphine on Friday as a long range breakaway beat the main contenders to the finish line at Gap.

Pierre Rolland and Warren Barguil finished a few seconds off Ferron’s pace to make it a French podium sweep.

“You don’t get many chances like that so you have to take them and that’s what I did,” said the 24-year-old winner, describing it as the greatest win of his career.

Wout van Aert retains the race lead ahead of two days of racing in the high mountains that will both decide the winner and hint at possible contenders for the upcoming Tour de France.

On this 194km run from Rives with four categorised climbs along the way, it became clear at the last one, a 9.1km ascent at 4.6 percent, that the escape would beat the peloton home due to a four-minute lead.

Van Aert and the main contenders eventually crossed the Gap finish line just 30sec off the pace as Jumbo trio Van Aert, Primoz Roglic and Jonas Vingegaard closed it down over the final 10km.

Michal Kwiatkowski pulled out with a sore knee while UAE tyro Juan Ayuso suffered a stomach upset and pulled out while in eighth.

Saturday’s seventh stage takes on the fabled climb of the Galibier mountain at 2642m altitude, which is the first of three merciless challenges that may decide the 2022 champion.