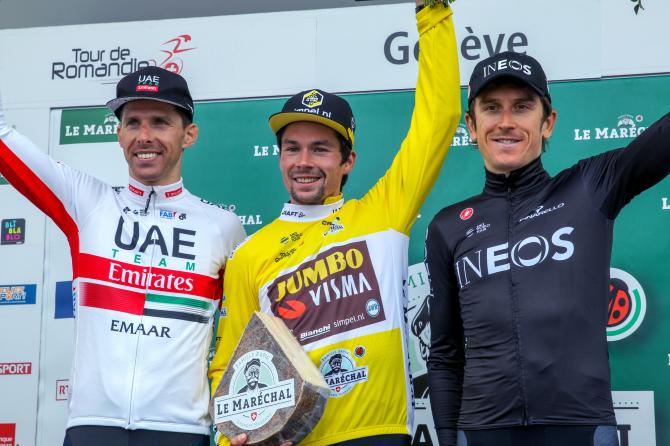 Defending champion Primoz Roglic clinched the Tour of Romandie on Sunday winning his third stage on the six day race by topping the individual time-trial around Geneva.

The 29-year-old is one of the favourites to win the Giro d’Italia, which starts next weekend after winning Romandie by 49 seconds from Rui Costa (UAE Team Emirates) and 1min 12sec from Tour de France winner Geraint Thomas (Team INEOS).

The former ski-jump champion from Slovenia had already won the Tirreno-Adriatico and the UAE Tour this season after coming fourth in the Tour de France in 2018.

“I’m ready for the Giro now,” he said after the race. “I’m satisfied with this week’s work, I like coming here”.